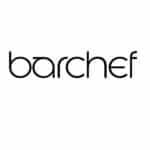 BarChef is a dimly lit, intimate hangout offering creative cocktails with over 5,000 housemade bitters. One of Toronto’s essential cocktail bars, BarChef plays with molecular gastronomy to create memorable beverages. Bartenders here pride themselves on preparing all infusions, bitters, and syrups in-house, so their cocktails taste as good as they look. Watch as patrons “ooh” and “ahh” when pieces of drinkable art are presented to them. BarChef is a genuinely modern drinking experience that easily impresses anyone. BarChef is an award-winning cocktail bar, events company, and bottled cocktail manufacturer. They strive to create exceptional, multisensory imbibing experiences, utilizing culinary techniques and the highest quality ingredients. BarChef has cutting-edge mixology that’s not only some of the best in Toronto but a standard-bearer on the global cocktail scene.

The menu at BarChef expresses the company’s philosophy: mixology should be “an immersive, memorable, nostalgic, and emotional drinking experience.” Fortunately, the atmosphere lives up to these lofty expectations. The space allows the imposing bar to take center stage, with candles, exposed brick, and bottles and jars that look like they belong in a “Harry Potter” potions class. People travel from all over the world to sample BarChef’s high-concept, outrageous, award-winning cocktails. The extensive menu is divided into sections such as Sipping Cocktails and Modernist Cocktails. A selection of barrel-aged cocktails is particularly noteworthy, especially the luscious Fig Thief, a blend of fig-infused rum, Madeira, dry vermouth, cacao bitters, and star anise. For spirits purists, BarChef also excels at great drams of whisky; it stocks top-notch bottles from Ireland, Scotland, Japan, India, Sweden, and Canada.

With items like spiced nuts, housemade truffled potato chips, and crispy hunks of Japanese fried chicken, the tightly edited menu of bar snacks is just enough to hit the spot. There’s a reason serious bartenders worldwide do training stints at BarChef. Navigating the comprehensive drinks list is no small feat, but everyone who works here makes it look easy. Come for cutting-edge mixology that’s not only some of the best in Toronto but a standard-bearer on the global cocktail scene. BarChef has become the foundation for Toronto’s cocktail culture in the fashion district on Queen Street West. From the moment you enter, the essence of fresh herbs, spices, and caramelized fruits engulfs your senses. A 50-pound block of ice glows colorfully atop the slate bar, hand-chipped upon requirement. BarChef Frankie Solarik has created an extensive cocktail list using culinary techniques and only the freshest ingredients.

Click the button to discover other venues in: Toronto