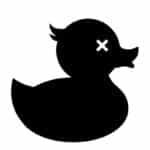 Photos of The Coldroom Montreal

The Coldroom has gourmet cocktails mixed in a speakeasy-style hideaway with exposed-brick walls & wood beams. A small cocktail bar situated in the Heart of Montreal’s old port. Ringing a bell next to its black door and waiting for admission from one of the bartenders gets you into this stylish Montreal speakeasy. Owner Kevin Demers meticulously designed the interior, transforming a former industrial cold room into an intimate cocktail lounge with plenty of cozy nooks. People-watching is one of Coldrooms draws, having made a name for itself as a local celebrity hotspot, but it’s drinks – based on classics with innovative twists and flavors – should be enough to attract guests. The employees are knowledgeable, dedicated, and efficient.

This venue, located at the intersection of Saint-Amable and Saint-Vincent streets, was created by Kevin Demers of Flyjin fame and has enchanted Montreal’s clubbing elite and an ever-growing list of international superstars. Where have we ended up? Ring the bell next to the big, imposing black door at the corner of Saint-Amable and Saint-Vincent streets to enter this semi-secret bar, and one of the bartenders will let you in. You’ve arrived after descending the stairs and passing through the low-ceilinged hallway. This chic speakeasy, created by Kevin Demers of Flyjin, has enchanted Montreal’s clubbing enthusiasts and a growing list of international superstars. International celebrities? Let us explain further. Every cool person in town has visited the Coldroom at least once if only to see what all the fuss is about.

Even if you don’t drink, the people-watching is interesting: Bruce Willis, Christina Aguilera, Seth Rogen, Charlize Theron, Emily Blunt, John Krasinski, Luke and Owen Wilson, Ben Stiller, and members of the Montreal Canadiens all appeared. What should we eat? The drinks, like the décor, are classic with modern twists. Try the savory Kingfisher or the Japanese Highball (Toki whiskey with lemon zest and soda) (Citadelle gin with Lustau sherry amontillado, Cocchi Americano, caper brine, and turmeric). Three white and red wine options are available by the glass or bottle (all for less than $65). Did the staff treat you well? The bartenders are knowledgeable, committed, and efficient. So, to summarize: What’s the mood like here? The Coldroom has a cozy, clandestine vibe with tucked-away nooks for two. Larger groups can congregate near the bar. Expect to stand a lot because this place is trendy.

Click the button to discover other venues in: Montreal