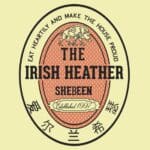 Photos of The Irish Heather Vancouver

The Irish Heather is a cozy, old-school bar featuring craft beer & whisky flights, plus small plates & pub grub. When traveling, it’s easy to find yourself in a ‘plastic paddy’ pub that serves the worst pint of Guinness ever. But, as someone who has visited Ireland, I can assure you that the Irish Heather is nothing of the sort; in fact, it is Irish-owned and operated. Head here for a proper pint of Guinness and a fantastic selection of local and international craft beers. There is also a massive whiskey list with hundreds of varieties from Ireland, India, Spain, America, and every region of Scotland. What should I do? For $20, I ordered a dram of Scotch with a selection from their unique charcuterie menu, which includes four types of meat, four kinds of cheese, and four condiments.

You can also order Irish and British classics like house-made corned beef, bangers and mash, and fish and chips. This is the best Vancouver bar for an older crowd on my list. The Irish Heather GastroPub, located near the Gastown area’s historic Maple Tree Square, isn’t so much a traditional Irish bar as it is the evolution of that time-honored institution. While it doesn’t shy away from its heritage, it’s more modern than most of its contemporaries, with a menu that features hearty cooking alongside a drinks menu that combines Irish standbys (Guinness and Kilkenny beer on tap, Jameson, Bushmills, Redbreast) with local craft beers and an extensive single malt Scotch list. If you’re looking for the latter, head to the back of the Heather, down a connecting hall, and take a seat at Shebeen Whisk(e)y House, a small, standalone room specializing in whiskies.

The narrow space is frequently clogged with groups of friends looking to unwind. A jaunty casualness is implied, as with most Irish joints—there are a few suits, but not many. Of course, there’s beer, Negronis, Old Fashioneds, and whisky flights. The Ed Sheeran flight, half-ounce Paddy Irish tasters, and three vintages of Aberfeldy all come with a story. Erin Heather, owner Sean Heather’s wife, met Sheeran backstage at a concert in Vancouver in July 2017 and presented him with a bottle of Paddy Irish. On the other hand, Sheeran revealed that his favorite brand is Aberfeldy, which he has tattooed on his arm. Try them both and then make your decision. Both the Irish Heather and Shebeen serve excellent pub fare.

Click the button to discover other venues in: Vancouver