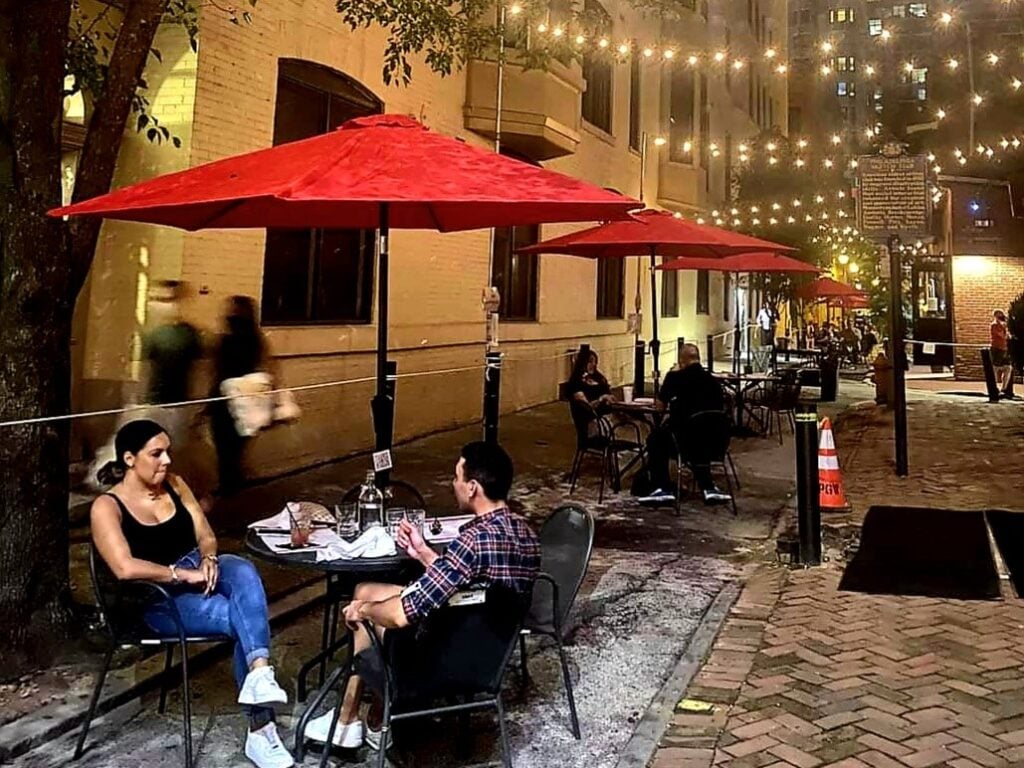 Are you on the lookout for the most sophisticated Gay Bars in Philadelphia?

Keep in mind, this article is in ascending order. We’ve saved the best Gay Bars for last. Enjoy the list!

Philadelphia has long been known as a sleepy little town that gave birth to a nation. Gay Philadelphia is mostly centered in the gayborhood from Chestnut to Pine streets between 11th and Broad streets. Philadelphia is one of the country’s most LGBT – friendly cities with a long history of tolerance. Philadelphia’s midtown village which sits between Rittenhouse Square and the historic Old City district, is home to an ever-growing list of restaurants, bars, and shops. Notably, the neighbourhood is the Philly’s queer epicenter, a cluster of gay and a friendly establishments connected by rainbow crosswalks.  Gay Bars in Philadelphia features amazing happy hour, dance floors, low lights,  heavy pours, classic hip atmosphere, and awesome live music. The list of beers, wines, stare-of-art lighting and sound system, and ciders is a welcome reprive from the typical vodka-on-vodka situation gay bars are famous for. The Philadelphia gay bars food menu spans everything from soup-of the day.

The Bike Stop is a veteran gay bar with different vibes on 4 levels including sports-viewing, dancing and more. All gay without the pretentious posturing. A gay landmark in Philadelphia and a popular gay cruise bar. The Bike Stop has no pretension to speak of. This four-storey venue may not be fancy, but it’s loads of fun and usually gets packed.

Tavern On Camac is a gay bar located Camac Street, Philadelphia, United States. The exterior is very attractive in the historic building. The interior is renovated and very clean. It’s a comfortable but classic piano bar.

Woody’s is a gay bar in Philly that offers dancing and theme nights in the nightclub and food in the area. Located in the Gayborhood of downtown Philly, get ready for some fun. Woody’s is an LGBTQ bar that’s proudly served the community for over 38 years. It’s their mission and privilege to make sure that every customer has the best experience possible.

Watching a night unfold on 13th and its neighbouring streets, one may never guess that Philly’s gayborhood, like everywhere else, has seen some major changes in the past one year. Gay tourism is on the upswing thanks to a major marketing campaign highlighting in the city’s many virtues.

Click the button to discover venues and things to do at night in: Philadelphia