Are you on the lookout for the most poppin’ RnB Clubs in Helsinki?
Then we have you covered!

On this page, you’ll find the official shortlist of the best RnB Clubs in Helsinki. (More in-depth further below)

Helsinki is a beautiful town that offers the possibility of interesting excursions, as, for example, the nearby island of Seurasaari. Even at night, The Finnish capital offers visitors a good variety of options for night entertainment, thanks to the many nightclubs located in the city center. Helsinki delights travelers with its sea-facing landscape, diverse architecture, world-famous design, and Nordic cuisine.

Club Soho is in the popular district of Punavori and only a stone’s throw from the city center. They have casino slots and poker games happening inside as well. The club mostly attracts an older crowd because of the vibe it gives off. This also has something to do with their age limit being 26 years and above. The dress code is smart casual so make sure you are not in torn jeans or ratty t-shirts. Soho also has a parking facility for those who want to drive to the lace. Whereas, for the ones who want to get their drinks on, the train station is also close by.

Apollo Live Club is a live event venue, bar and night club. On the weekends the bar and courtyard are opened up to become a dance club for the people. They invite the best Nordic bands and DJs to play live music all night. They also host karaoke on certain days so you can be the entertainment for that evening. The bar has got you covered as it serves all types of drinks and alcoholic beverages.  On weekdays there is always a comedy show, concert or other event planned at the Apollo. The club is open on Fridays and Saturdays with an age limit of 24+. The place offers a great atmosphere and the dance floor glows in the dark.

E93 Lounge is a night club that appeals to people of all ages. It has a different program decided for each day of the week. You can hear the latest hits on Wednesday and dance to Techno music on Friday. They also host Karaoke Nights on the weekend which are a big hit with the crowd. The club is near the metro station so you do not have to worry about getting home either. The servers are very welcoming and the DJ is also open to requests from the audience. Dress code is casual so you can show up right after waking up. They have a 20+ age limit so you can expect a younger crowd here.

Kaiku is an underground night club that is known for its booming sound system and large dance floor. They invite local as well as international DJs to perform at the venue. The club is located inside an old factory building which is why many DJs have described it as a wooden box. They have working turntables and large speakers to boot. The crowd at Kaiku is very open minded and welcoming to people from all backgrounds. Guests return night after night to enjoy the amazing line up and buzzing drinks. The club has been listed by many magazines and blogs as one of the best night clubs in Helsinki.

Helsinki has a lot to offer in terms of nightlife and entertainment, from various themed clubs to low-threshold karaoke places. The city’s vibrant nightlife scene has something for everybody, so you can easily find a R&B music venue in the capital for a memorable evening – no worries, you will surely be in high spirits all night long.

Click the button to discover venues and things to do at night in: Helsinki 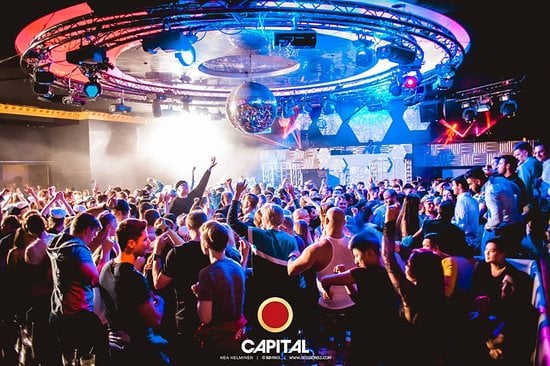